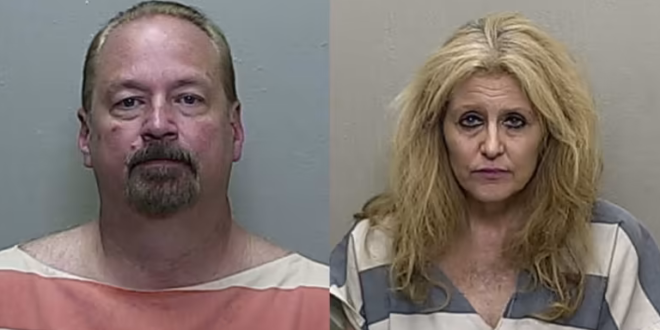 Two Florida-based members of the Oath Keepers facing conspiracy charges for breaching the Capitol are suing the Jan. 6 committee to block a subpoena for their personal phone records.

Kelly and Connie Meggs, two of 19 defendants in the most sprawling case to emerge from the mob attack on the Capitol, say they were notified of the subpoena by Verizon last month. The subpoena seeks phone records of their family plan from November 2020 through January 2021.

It’s the first indication that the committee is seeking records of defendants facing criminal charges for storming the Capitol. The Meggses were among the dozen Oath Keepers who famously entered the Capitol in a so-called stack formation.

The husband and wife duo filed a lawsuit last night to block the subpoena.https://t.co/JDGkcfqwUX

Kelly and Connie Meggs are members of the Oath Keepers militia who used the chaos around the U.S. Capitol riot to enter the building in an organized “stack.” To readers of the right-wing blog The Gateway Pundit, though, the Meggs are just humble farmers. https://t.co/hQa0GlYYw2