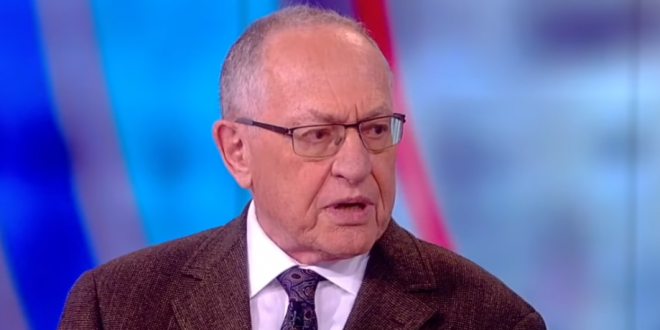 Jeffrey Epstein’s former lawyer lobbied Donald Trump to pre-emptively pardon Ghislaine Maxwell during the final days of his presidency after talks with her family. Alan Dershowitz, 83, a former Harvard Law School professor, represented Epstein during the noughties and Trump during his first impeachment trial. He has since been accused of abuse by one of Epstein’s under-age victims, which he denies.

Trump, 75, used his executive powers to pardon or commute the sentences of various convicts, some of them political allies, and even considered pardoning himself for unspecified crimes. He was also reported to have taken a sudden interest in Maxwell’s fate. According to Landslide, by the American journalist Michael Wolff, he asked aides: “Has she said anything about me? Is she going to talk? Will she roll on anybody?”

“Dershowitz declined to discuss his contact with Trump. Asked if it would be correct to say he raised the Maxwell case with Trump, a source said: ‘It would not be unreasonable to report that.'”https://t.co/42O698vEM1