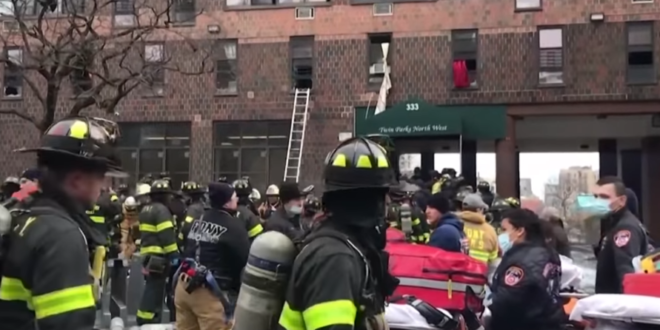 “This smoke extended the entire height of the building — completely unusual,” FDNY Commissioner Daniel Nigro said. “Members found victims on every floor, in stairwells, and were taking them out in cardiac and respiratory arrest.” It didn’t have to be that bad, Nigro said. ‘We’ve stressed this over and over, the door to that apartment was left open causing the fire to spread and the smoke to spread,” he said.

Hospitals are desperately working to save the lives of more than a dozen people critically injured by smoke in a fire that killed 19 people. At least 44 people were injured, with 13 “clinging to their lives” in nearby hospitals.

Several are intubated. They are spread out among hospitals like Jacobi Medical Center, Westchester Medical Center and New York Presbyterian Hospital/Cornell.

Many of the victims are Muslim immigrants from the West African nation of Gambia. NYC Mayor Eric Adams urged all to seek help and assured their information would not be passed on to federal immigration authorities.

Survivors of Bronx fire spend night in hotel, as city and Red Cross set up aid. @NatDuddridgeTV has more on how to help: https://t.co/ncnMyEoRuO

When it comes to fire safety, the message is the same in every language – CLOSE THE DOOR. See more #FDNYSmart tips at https://t.co/NpwdRdlElY pic.twitter.com/BKxxu7gqod