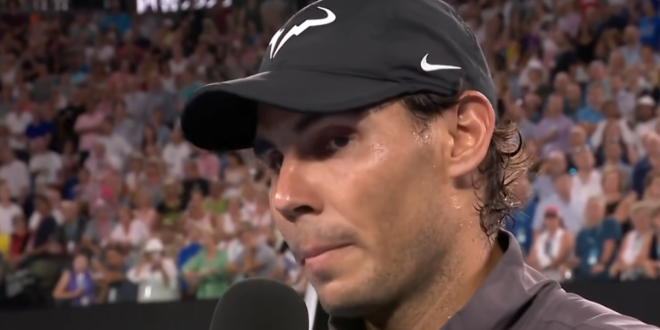 Rafael Nadal To Novak Djokovic: You Knew The Rules

Rafael Nadal has urged Novak Djokovic to accept the consequences if he continues to refuse the COVID-19 vaccine, saying “the world has been suffering enough to not follow the rules”.

“I think if he wanted, he would be playing here in Australia without a problem. He went through another – he made his own decisions, and everybody is free to take their own decisions, but then there are some consequences.

“Of course I don’t like the situation that is happening. In some way I feel sorry for him. But at the same time, he knew the conditions a lot of months ago, so he makes his own decision.”

Read the full article. Djokovic is presently in an Australian detention hotel while he appeals the order to leave the country.

It doesn’t sound like Rafael Nadal has a lot of sympathy for his longtime rival https://t.co/s8Jbj5xY8W

Rafael Nadal was asked about the Novak #Djokovic situation.

And his answer put things in refreshingly simple terms.

Mr Djokovic’s visa has been cancelled. Rules are rules, especially when it comes to our borders. No one is above these rules. Our strong border policies have been critical to Australia having one of the lowest death rates in the world from COVID, we are continuing to be vigilant.