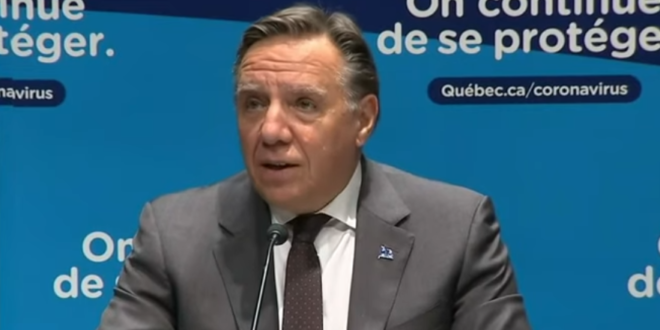 Quebec Premier François Legault said Tuesday the province would be imposing a health tax on Quebecers who refuse to get their first dose of a COVID-19 vaccine in the coming weeks.

“We’re looking for a health contribution for adults who refuse to be vaccinated for non-medical reasons,” Legault said at a news conference, in which he also announced an interim public health director to replace Dr. Horacio Arruda.

“These people, they put a very important burden on our health-care network,” Legault said. “I think it’s reasonable a majority of the population is asking that there be consequences.”

Last week Quebec began requiring proof of vaccination to purchase weed and booze. The move resulted in a 600% rise in new vaccinations over the following three days.