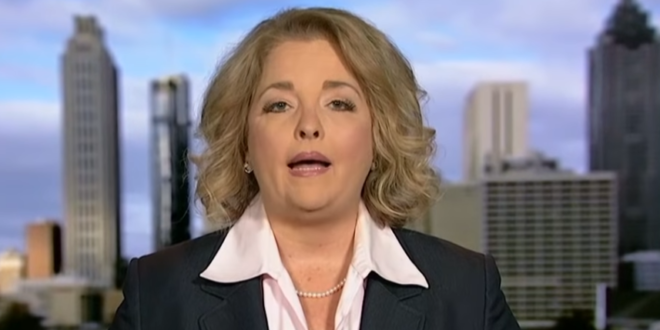 First, a reminder about who this cultist is:

Amy Kremer is looking for help as she faces a subpoena from the House Select committee that is investigating the January 6 attack. Kremer, who is the chairwoman of Women For America First, the organization that helped organize the rally on the White House Ellipse that preceded the storming of the U.S. Capitol building that day, has launched a legal defense fund and is asking other conservative activists for support.

“It makes me sick but we have to have counsel for this. Otherwise they will destroy us,” Kremer wrote in a text message. Kremer gained prominence in the early days of the Tea Party movement. She was chairwoman of the group Tea Party Express until 2014. Kremer and her daughter, Kylie, who co-founded the group with her, are among a group of activists and former Trump administration officials who have been subpoenaed by the Select Committee in the past month.

Back in November, Mother Jones reported that Kremer’s group was behind a 300,000 member “Stop The Steal” group on Facebook. Kremer just blocked me when I responded to one of her raging tweets below.

Suck it up buttercup…

I have never heard a President attack American citizens the way that Biden just did.

What a disgusting speech.

Joe Biden is not my President.

This is all lies.

Joe Biden is a LIAR.

My vote was stolen.

The psychological warfare continues to distract from the real Coup that happened on Nov 3/4, 2020.

We hosted a beautiful rally on Jan 6th at the Ellipse in the President’s Park. pic.twitter.com/OE1WQaBrTu