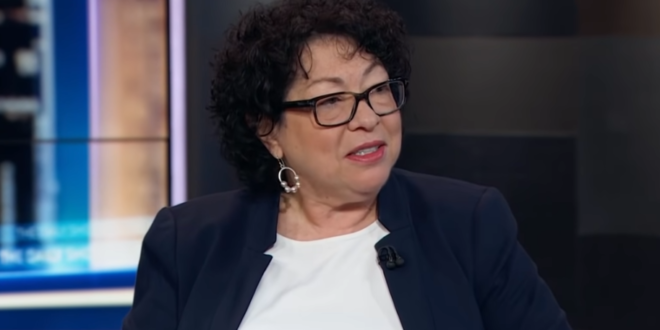 Politico’s Playbook newsletter issued a correction on Saturday morning after misidentifying Democratic leader Chuck Schumer’s wife, Iris Weinshall, as Supreme Court Justice Sonia Sotomayor. The publication claimed that the case of mistaken identity was sparked by a photo sent in by a tipster allegedly taken at the hip D.C. eatery Le Diplomate on Friday night.

In Politico’s report, they claimed Sotomayor, after not appearing for oral arguments Friday at the Supreme Court over coronavirus concerns, was dining with Schumer and House Speaker Nancy Pelosi. “Our tipster got it wrong, but we should have double-checked,” the correction reads.

The claim that Justice Sotomayor had dinner with Schumer and Pelosi last night has spread pretty far this morning, but the source of the claim, Politico, now says it’s wrong. https://t.co/swtav6SvWT

This wasn’t some innocent mistake. Politico thought they’d nailed Sotomayor for some sort of gotcha—going out to dinner (with Democrats!) after hearing oral arguments remotely. Apparently it was too good to check, because it was bs