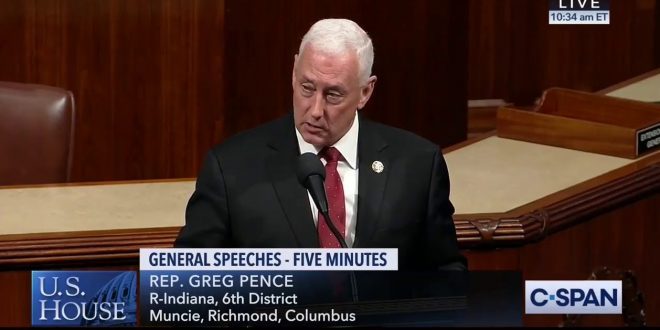 Greg Pence watched the Jan. 6 insurrection unfold from an extraordinary perch. As chants of “Hang Mike Pence” echoed in the Capitol, the Republican congressman from Indiana and his better-known brother were whisked away from the Senate by the Secret Service shortly before a mob of Donald Trump supporters burst in, intent on stopping the vice president from certifying Democrat Joe Biden’s win.

Pence has largely declined to discuss what transpired while he was with his brother that day, other than praising his brother as a hero for standing up to Trump. His silence serves as powerful evidence of the grip that Trump still holds on his party, which has led many Republicans to dispute the seriousness of the attack and instead perpetuate the lie that Trump was wrongly denied a second term.

Greg Pence “…served as president of Kiel Bros., a Midwest gas station empire his father helped build, a post he resigned from in 2004 after the company filed for bankruptcy & saddled the state of Indiana w/ $21M+ in unpaid environmental cleanup costs…” https://t.co/wZl5bqETu7

Previous Another DC Cop Sues Trump For Inciting Insurrection
Next “I’m White” Rioter: I’m Like Victims Of The Holocaust