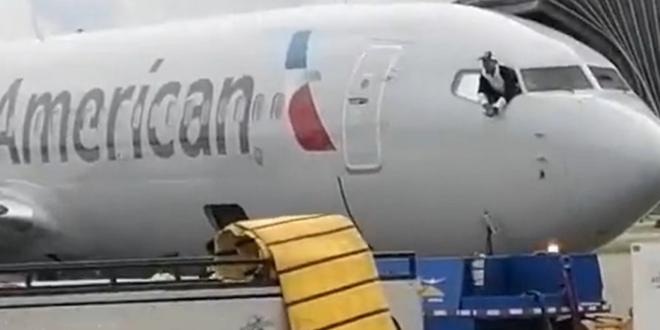 A passenger was arrested after reportedly breaking into the cockpit of an American Airlines flight Tuesday, while boarding was underway, officials said.

American Airlines officials confirmed the incident happened in San Pedro Sula, Honduras, as people were boarding a flight for Miami, Florida. The airline said a passenger entered the open flight deck and caused damage to the aircraft’s controls.

American Airlines crew members intervened, and the passenger was arrested by local law enforcement. But due to the damage the unruly passenger caused, a replacement aircraft had to be sent to Honduras – which was scheduled to depart at 9:30 p.m.

An American Airlines flight from Honduras to Miami on Tuesday was delayed when a passenger stormed the cockpit and apparently tried to climb out of a window. https://t.co/fpEfOlDiSA