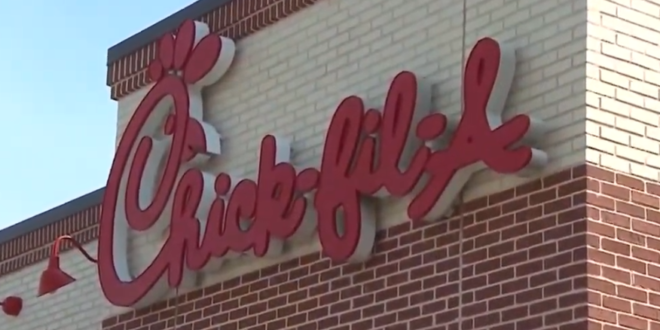 Chick-fil-A, the largest fast-food restaurant chain in the United States, will soon open its second location in Marshall, Texas, where the franchise owners’ buried an open Bible in the building’s foundation as a reflection of their faith in God.

The franchisees, David and Holley Snow, owners of the first Chick-fil-A drive-thru in Marshall that will open in the coming months, said before the concrete was poured they wanted to do something to honor their Creator.

“When the first concrete was poured on the restaurant site, it was important to us that a Bible be laid into the foundation of Chick-fil-A Marshall. We opened the Bible to Joshua 1:9,” read a post on the franchise’s Facebook page before it was taken down.

Previous Trump: I May Pardon The Rioters If Reelected [VIDEO]
Next Leader Of GOP Govs Group: Trump Shouldn’t Run Again