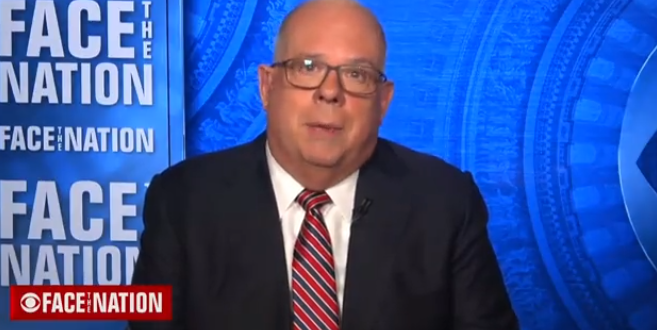 Maryland Gov. Larry Hogan (R) on Sunday would not say if he plans to file to run for U.S. Senate by next month’s deadline, days after reports surfaced that GOP heavyweights are urging him to mount a bid.

Asked by moderator Margaret Brennan on CBS’s “Face the Nation” if he is going to run for U.S. Senate, Hogan refused to answer directly, instead asserting that he is focused on combating COVID-19 and the current omicron wave in the Old Line State.

“Feb. 22 is like a month away and right now we’re just focused on the day job as governor and focused on this omicron crisis and our legislative session,” Hogan said, noting the filing deadline. “That’s where my focus is gonna to stay.”

WATCH: Despite saying he has no interest in running for the Senate in 2022, @GovLarryHogan is quick to point out his good poll numbers in a hypothetical race.

A possibility for Republicans to win a seat where most in the party “couldn’t.” pic.twitter.com/4Hz7zBQufr

Inside GOP effort to recruit Larry Hogan to run for Senate via ⁦@sppeoples⁩ https://t.co/BnI7QsYG27