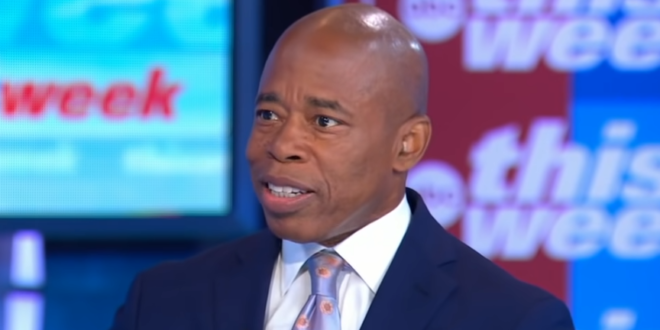 NYC Mayor Defers To Ethics Board On Brother’s Job

When Mayor Eric Adams decided to appoint his brother, Bernard Adams, as head of his security detail, it attracted renewed attention to a small city agency charged with holding the conduct of city elected officials and employees to certain ethical standards: the New York City Conflicts of Interest Board (COIB).

When asked about the appointment, which comes with an annual salary of $210,000, Adams said his chief counsel, Brendan McGuire, is spearheading a review with COIB and that he would ultimately defer to whatever guidance they provide.

“It is up to COIB,” said Adams, pronouncing the initials as a monosyllabic moniker. He went on to stress, “My opinion doesn’t matter. It’s C-O-I-B, that’s the opinion that matters.”

Adams Defers To “COIB” On Brother’s New Gig: What Is The Conflicts of Interest Board? https://t.co/4jUHLSDPBJ via @gothamist

Previous Kirk: We Should Exploit COVID To “Red-Pill” For Jesus
Next CHATTER AWAY: Overnight Open Thread