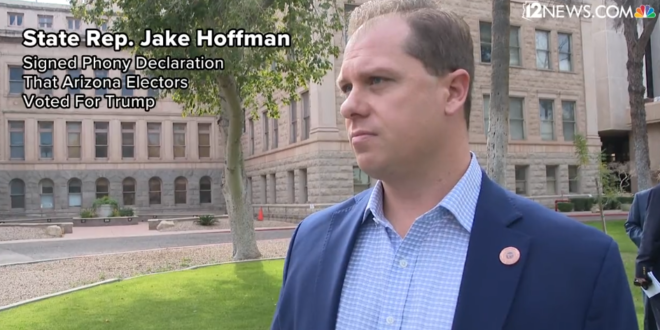 A bill proposed to the Arizona State Legislature seeks to ban ‘sexually explicit materials’ from school classrooms, but LGBTQ advocates believe the bill is taking it a step further by targeting their community.

“There is nothing more sacred than the innocence of a child,” said Rep. Jake Hoffman, the bill’s sponsor. The bill would ban the depiction of some things that are taught in health classes. Meanwhile, the bill’s definition of ‘sexual conduct’ has drawn controversy, as it defines acts of homosexuality as sexual conduct.

Democratic State Rep. Daniel Hernandez said the bill would revert Arizona to a time period under a law known as ‘no promo homo,’ where schools were prohibited from promoting a ‘homosexual lifestyle.’

“No one advocates teaching pornography,” Hernandez said. “What this bill does is once again try and erase the LGBTQ community from Arizona public schools under the guise of protecting children,” he said. “Children keep getting used as footballs for politics.”

“I’m here, once again, having to stand up and say, ‘This is something that is wrong.’ Homosexuality is not inherently wrong.” Hernandez said.

Hoffman has been in the national news this week as he is one of Arizona’s fake electors. In 2020 he was banned by Twitter for running a paid teenage pro-Trump troll farm with Charlie Kirk.