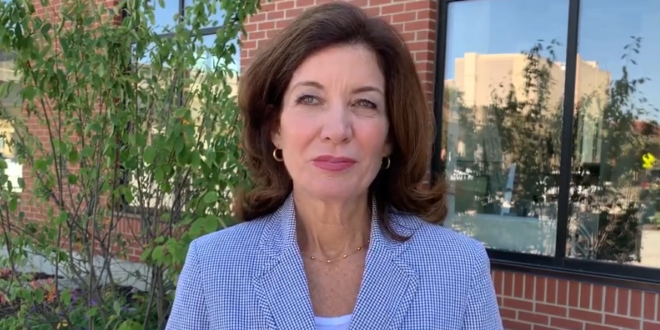 Gov. Kathy Hochul of New York will propose a limit of two four-year terms on governors in her first State of the State address on Wednesday, a move that could allow Ms. Hochul to distance herself from her scandal-marred predecessor, former Gov. Andrew M. Cuomo, who held outsize power for over a decade.

The proposal, a milestone change that would require a constitutional amendment, would apply only to statewide elected officials — including the lieutenant governor, the attorney general and the comptroller, according to state officials.

Ms. Hochul’s proposal would need approval from the State Legislature as well as from voters and could significantly curb the power of the highest office in New York, one of about a dozen states without term limits, and where recent governors have served for as long as 14 years.

More on Hochul’s first State of the State speech and 2022, as she runs for a full term and defines herself ideologically in Albany.https://t.co/jGwg1luyuE