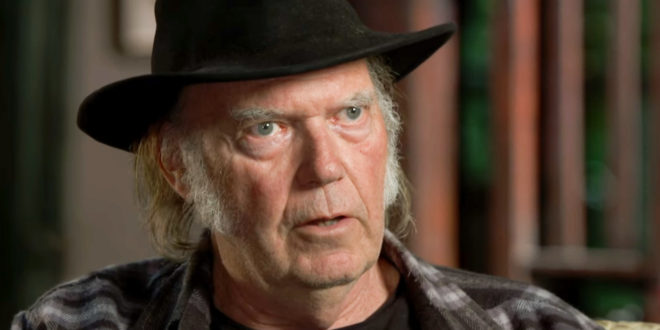 Neil Young To Spotify: Either Joe Rogan Goes Or I Do

Neil Young posted a since-deleted letter to his management team and record label demanding that they remove his music from Spotify. “I am doing this because Spotify is spreading fake information about vaccines – potentially causing death to those who believe the disinformation being spread by them,” he wrote. “Please act on this immediately today and keep me informed of the time schedule.”

“I want you to let Spotify know immediately TODAY that I want all my music off their platform,” he continued. “They can have [Joe] Rogan or Young. Not both.” Young is referencing the steady stream of misinformation about vaccines that Joe Rogan has peddled on The Joe Rogan Experience. Last month, 270 doctors, physicians, and science educators signed an open letter asking Spotify to stop spreading Rogan’s baseless claims.

Read the full article. Young has been #1 on Twitter’s trending list since last night. He last appeared on JMG in 2020 when he sued Trump for copyright infringement for playing his songs at rallies. Below is my all-time favorite song of his.

“They can have [Joe] Rogan or Young,” Neil Young wrote in a letter to his manager and label, “Not both." Young demands Spotify remove his music over "false information about vaccines" https://t.co/f1u4bDAu1L