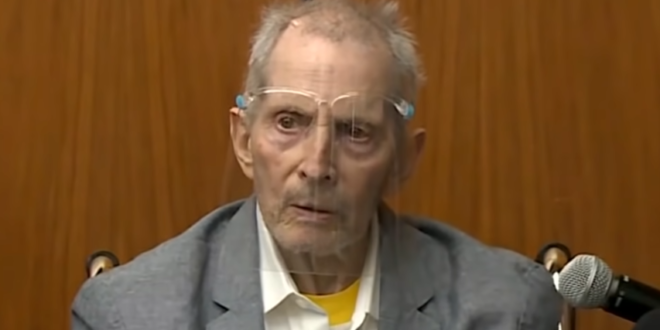 Robert A. Durst, the former heir to a vast Manhattan real estate empire who was convicted of one murder and suspected in two others over four decades, died early Monday of cardiac arrest at a hospital in Stockton, Calif., according to his lawyer.

Mr. Durst, 78, was serving a life sentence at the California Health Care Facility, a prison in Stockton, for killing his longtime confidante, Susan Berman. He died at nearby San Joaquin General Hospital where he had been taken for testing. After he went into cardiac arrest, his lawyers said, doctors were unable to revive him.

Shortly after his conviction on the murder charge in Los Angeles in September, Mr. Durst tested positive for the coronavirus and was briefly on a ventilator. The virus exacerbated the many medical problems he had, his lawyers said.

Robert Durst dies in prison in Stockton, Calif., at 78 https://t.co/TTHA44vTRi