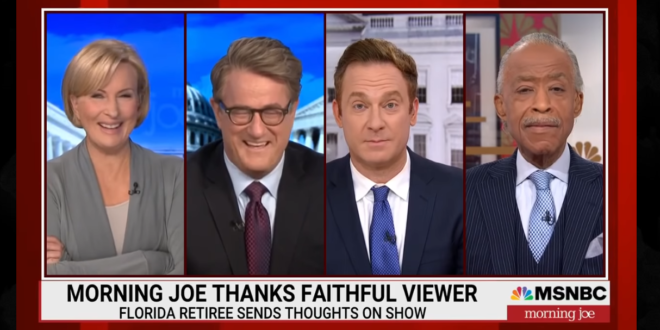 “Will Morning Joe be canceled? He and Mika’s ratings are very low—they are having an extremely hard time finding an audience to listen to the Fake News they spurn,” Trump said in his statement. “Losing them would be very sad—hope it doesn’t happen!”

Scarborough and his co-hosts acknowledged Trump’s statement shortly after it was issued. “We do spurn fake news,” Brzezinski, Scarborough’s wife, quipped. “Secondly,” Scarborough said of Trump, “he can’t quit us.”