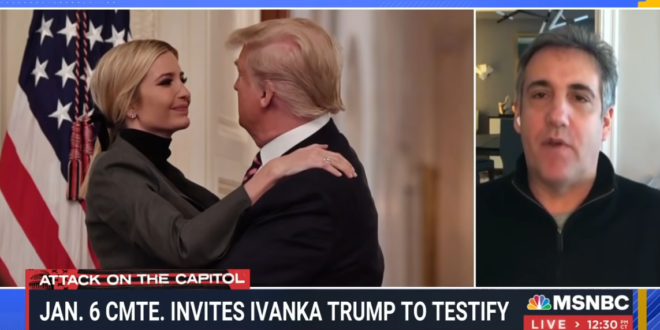 Michael Cohen: Trump Told Me That If Any Of His Kids Have To Go To Jail, “Make Sure” It’s Junior [VIDEO]

Donald Trump’s former lawyer and fixer Michael Cohen claimed Trump said that if one of his kids had to go to prison over the family business to “make sure” it was Donald Jr., not Ivanka.

Speaking to MSNBC on Saturday, Cohen said Trump gave him the instruction when his children were on the verge of being indicted by the Manhattan District Attorney’s office in 2012.

“And Donald said it to me – I mean I wouldn’t say it if it wasn’t said directly to me – he goes ‘if one or the other has to go to prison, make sure that it’s Don because Don would be able to handle it.'”

Michael Cohen says Trump told him if one of his kids had to go to prison to “‘make sure’ it was Donald Jr., not Ivanka” because “Don would be able to handle it.”

Not every father has to ponder which one of his kids is best suited to prison survival. https://t.co/vM2kCNyiy6