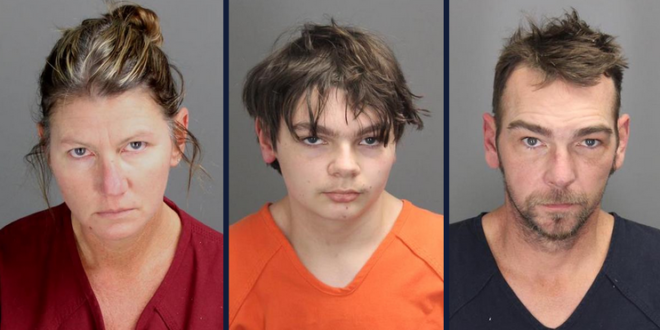 A Michigan judge has refused to lower a $500,000 bond for the parents of 15-year-old alleged school shooter Ethan Crumbley. The decision came at the end of a hearing where prosecutors alleged that the teen was “fascinated with guns and Nazi propaganda” and where James and Jennifer Crumbley, the teen’s parents, shook their heads to contest allegations that they were warned by school officials that Ethan posed a danger and needed immediate mental health treatment.

Oakland County Prosecuting Attorney Karen McDonald immediately noted that the defendants were a flight risk — especially given the way they were arrested. James Crumbley was employed transiently by Door Dash, and Jennifer Crumbley was fired from her job, McDonald said. The family’s home and other assets are up for sale. Both of the parents’ families live in Florida, the prosecutor said.