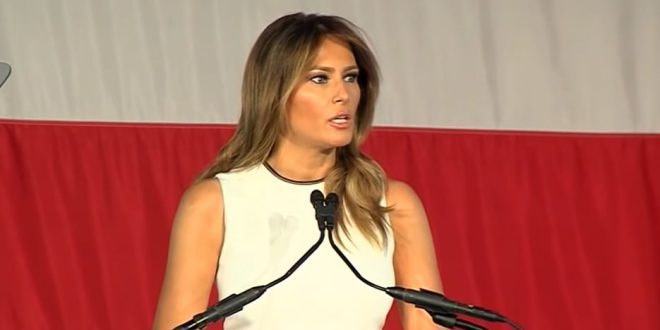 Melania Trump announced Tuesday morning that she is holding an auction of the white hat she wore during the visit of the French first family, the Macrons, to the White House in 2018.

In a statement from her office, Trump said that, in addition to the hat, the auction lot will include a watercolor by Marc-Antoine Coulon — a French artist who drew her eyes for her NFT last month — as well as what the statement defines as “an exclusive digital artwork NFT with motion.”

The three items will have an opening bid of $250,000, and bidding will only be accepted via SOL, a form of cryptocurrency. Trump’s delving into the world of NFTs and cryptocurrency is not a traditional avenue for former first ladies, many of whom write memoirs or continue charitable work outside of the White House.

Melania Trump today is auctioning off the hat she wore when she met French President Macron. Autographed. “A portion of the proceeds” to charity. pic.twitter.com/YV9vrocVi5

Previous Johnson: Why Do We Think Vax Is Better Than God?
Next Fox News Host Calls For Curtailing COVID Tests [VIDEO]