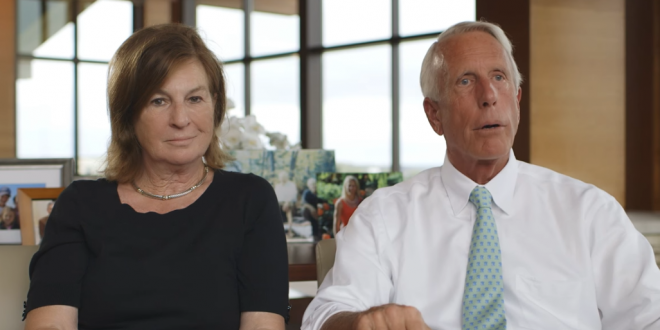 Among the ranks of “dark money” groups and anonymous megadonors who bankrolled the effort is a familiar name in GOP fundraising circles: Dick Uihlein, founder of the multinational Uline shipping company.

According to previously unreported tax disclosures, Uihlein’s nonprofit—the Ed Uihlein Family Foundation—poured millions of dollars in 2020 into a sprawling number of groups connected to efforts to challenge Joe Biden’s victory and reimagine election law, as well as other right-wing extremist organizations, including ones designated as hate groups.

And the money is pure Uihlein—the foundation’s $16.8 million in 2020 donations came exclusively from Dick Uihlein himself. And over the course of that pivotal year, the organization gave it all away.

Uline is the worst, and anyone who gets their catalogs has seen Liz Uihlein’s creepy editorials in there for years now. She was also floated for a cabinet position in 2017 so none of this is surprising. https://t.co/qtI1uJkDST