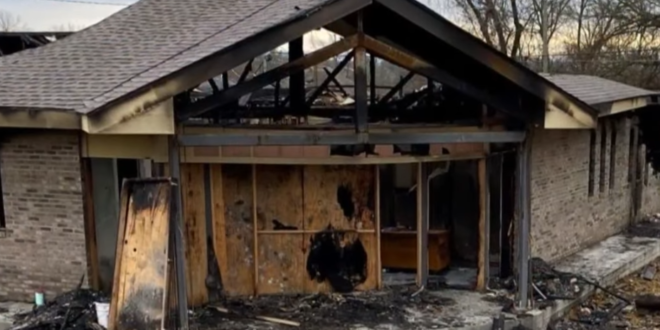 Investigators with the Knoxville Fire Department, the Bureau of Alcohol, Tobacco, Firearms, and Explosives (ATF), have determined that the fire at the Planned Parenthood in Knoxville was purposely set. The KFD says the individual or individuals who started the fire have not been identified yet.

The fire took place on Dec. 31 at around 6:39 a.m. and while no injures were reported the fire did completely destroy the building. Bureau of Alcohol, Tobacco, Firearms and Explosives joined the investigation due to the political nature of the building.

The clinic was undergoing a $2.2 million renovation at the time of the fire. Just under one year ago on Jan. 22, 2021, the 48th anniversary of Roe v. Wade, an unknown individual fired a shotgun through the front door. That investigation is still ongoing.

The Planned Parenthood in Knoxville (my sole source of heath care for 3 years) was burned to the ground on New Year’s Eve. It’s officially been ruled arson. Please donate to @PPFA if you can. East Tennessee desperately needs PP. https://t.co/VV3MKa53gO

WATCH: “He says the fire brings him no joy.”@6News interviewed @PastorKenTCAPP by the ashes of the Knoxville clinic he rails against, which also took a shotgun blast this year.