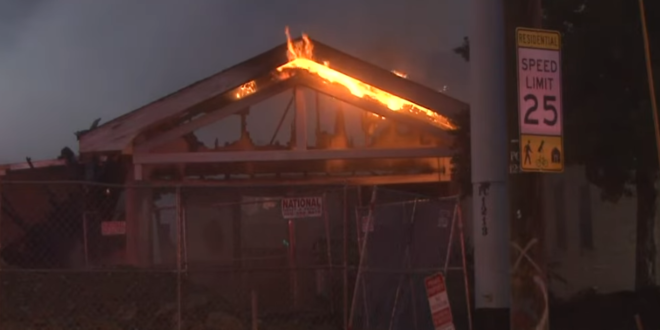 Bureau of Alcohol, Tobacco, Firearms and Explosives agents are assisting the Knoxville Fire Department’s investigation into Friday’s fire that destroyed a Planned Parenthood Center, but officials say there is no evidence at this time that indicates the fire was intentionally set.

“It’s because it is Planned Parenthood, because of the political nature of Planned Parenthood,” said KFD Assistant Fire Chief Mark Wilbanks. “They’ve come in to assist in the investigation. Right now there’s no indication it was a suspicious fire, but potentially if it were, ATF would take over but right now they’re here to assist.

In January 2021, police investigated after an unknown individual fired a shotgun at the doors of this Planned Parenthood location, which occurred on the anniversary of Roe v. Wade. The Federal Bureau of Investigation later joined that investigation. That investigation is still ongoing.

WATCH: “He says the fire brings him no joy.”@6News interviewed @PastorKenTCAPP by the ashes of the Knoxville clinic he rails against, which also took a shotgun blast this year.