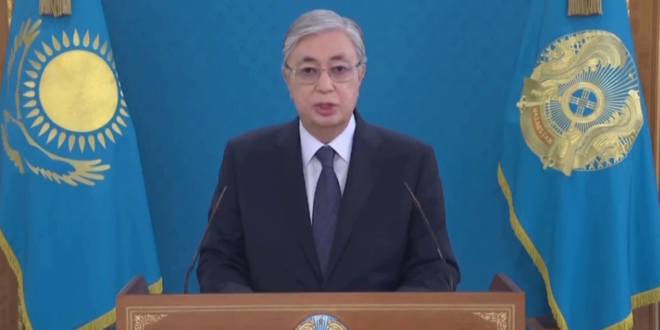 Kazakhstan’s president said Friday he had ordered his troops to “shoot to kill without warning” in an effort to quash anti-government protests that have been raging since the weekend.

Chaotic and violent scenes persisted in the resource-rich Central Asian country of 19 million, as the first “peacekeeping” troops from a Russia-led military alliance arrived following the leader’s request for foreign intervention to deal with widespread protests over a decrepit political system and dramatic energy price hikes.

Some protesters have also issued a list of demands for peaceful political change. Dozens have been killed across the country so far, with authorities saying that nearly 4,000 “riot participants” had been detained and at least 18 police officers were dead.

Kazakh president gives stark ‘Shoot To Kill’ order even as the police forces, bolstered by a Russian-led troop contingent, appears to be in control of most cities after days of unprecedented anti-gov demonstrations. https://t.co/K9XEVRADrL