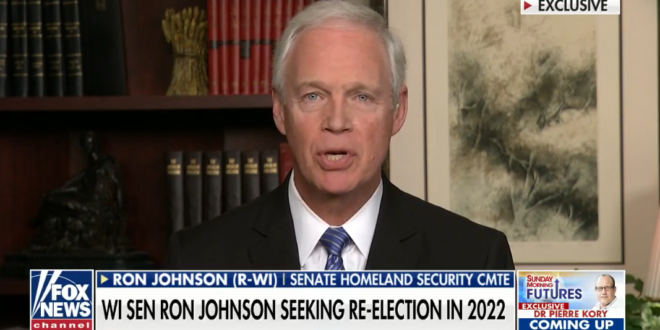 Johnson: Dems Forced Me To Break My Reelection Vow

Republican Sen. Ron Johnson said it was his “intention” to complete his second term in the Senate and return home to Wisconsin, but told Fox News in an exclusive interview Monday that Democrats are governing in a “very divisive and destructive manner” and he “can’t walk away” when he feels he can “make a real difference.”

Johnson, during his 2016 reelection campaign to continue representing Wisconsin in the U.S. Senate, pledged, if elected, to only serve two terms. But Johnson told Fox News he “did not anticipate Democrats getting total control of government.”

He added: “The only way I know how to restore confidence is to get to the bottom of things and get to the truth, and right now, the truth is getting covered up on so many different fronts.”

Democrats have been extremely divisive and destructive. I can’t walk away from the U.S. Senate knowing how disastrous they’ve been, and I know I can make a real difference to get our country on track.https://t.co/wfesf40KL2