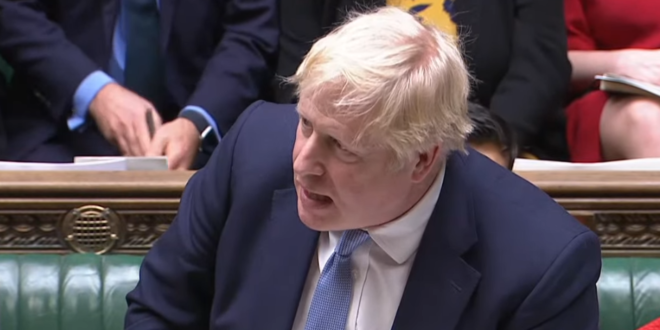 Johnson Apologizes For Parties During Lockdown

Some events at Prime Minister Boris Johnson’s office and residence during a COVID-19 lockdown should not have taken place, an inquiry said on Monday, describing serious failures of leadership and judgment at the heart of the British government. In her inquiry into lockdown-breaking gatherings at Downing Street under Johnson, senior civil servant Sue Gray condemned some of the behaviour in government as being “difficult to justify”.

Johnson, who is facing the gravest threat to his premiership, appeared in parliament following the report’s publication. “I want to say sorry,” Johnson said parliament. “I get it and I will fix it.” Gray’s report looked into what has become weeks of a steady drip of stories about events in Downing Street during the COVID-19 lockdown, with reports of aides stuffing a suitcase full of supermarket alcohol and dancing until the early hours.

“What the Gray report does show, is that Number 10 Downing Street was not observing the regulations they had imposed on members of the public” – former PM Theresa May.

PM Boris Johnson: “That is not what the Gray report says.”

Ex-PM @theresa_may sticks the knife in.

“Either my right honourable friend had not read the Covid rules, or didn’t understand what they meant, or they didn’t think the rules applied to No 10. Which was it?” pic.twitter.com/Hxrk6W5bXZ

🔴Boris Johnson is grilled by his predecessor Theresa Mayhttps://t.co/OWGwaNqfmo pic.twitter.com/dtqlrl6sJs

“This pandemic was hard for everyone. We asked people across this country to make the most extraordinary sacrifices … and I understand the anger that people feel.”