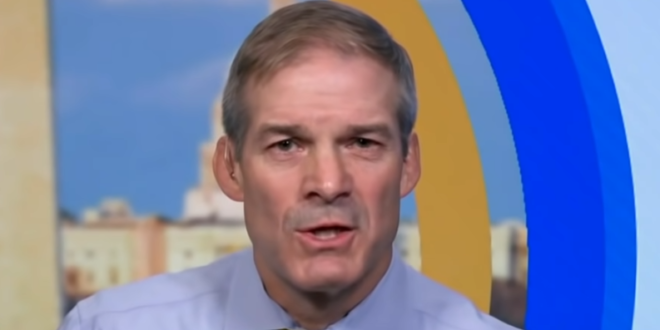 Ohio congressman Jim Jordan has said he won’t voluntarily cooperate with the House Select Committee investigating the January 6 attack on the Capitol, describing the “Democrat obsession” as the latest of the “partisan witch hunts.”

The Republican, who represents Ohio’s 4th congressional district, wrote in a letter to committee chair rep. Bennie Thompson that the inquiry into the January 6 riot amounts to an “unprecedented and inappropriate demand to examine the basis for a colleague’s decision on a particular matter pending” before the House of Representatives.

The Ohio representative and staunch Trump ally confirmed he will not voluntarily speak to the House Select Committee investigating the riot. https://t.co/aKYl0XKagR

NEW: Rep. Jim Jordan, who helped Trump strategize for Jan. 6 session and spoke with him at least once that day, has rejected the Jan. 6 committee’s voluntary interview request.

Thompson has suggested lately that there is not much leverage to force resistant lawmakers to cooperate. But he wants to use public opinion/pressure — and that could mean more text messages or details about his actions are in the offing. https://t.co/G3FzNm7Dkh