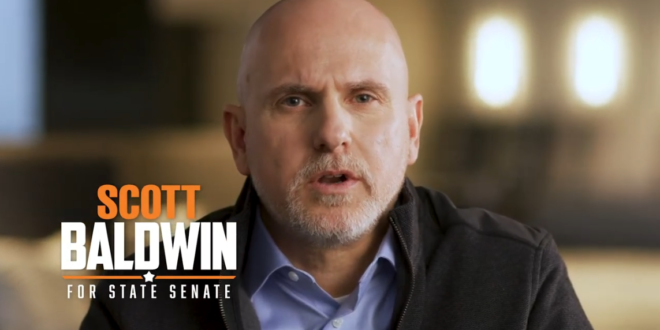 State Senator: Teachers Should Be Impartial On Nazis

During a committee hearing Wednesday about Senate Bill 167, a wide-ranging bill inspired by the national discourse over critical race theory, history teacher Matt Bockenfeld raised concerns about what the bill would require of teachers. “For example, it’s the second semester of U.S. history, so we’re learning about the rise of fascism and the rise of Nazism right now,” Bockenfeld said. “And I’m just not neutral on the political ideology of fascism. We condemn it, and we condemn it in full.”

Sen. Scott Baldwin, a Republican from Noblesville, said that may be going too far. Baldwin said he doesn’t discredit Marxism, Nazism, fascism or “any of those isms out there.” “I have no problem with the education system providing instruction on the existence of those isms,” he said. “I believe that we’ve gone too far when we take a position on those isms. We need to be impartial.”

Baldwin now says he misspoke and was actually referring to “legitimate political groups.” Baldwin, a freshman senator, is a former Indianapolis police officer.

In October 2021, Baldwin’s name was found a hacked list of alleged Oath Keepers members. He denied belonging to the group but refuse to condemn them.

Are we surprised? @ScottABaldwin is an Oath Keeper, the group responsible for the January 6 Insurrection.

The @indgop’s partisanship is about culture wars and values that are un-American. https://t.co/kMkXDXzJO4

Yesterday I testified at the Senate Education Committee hearing on SB167. The video of my initial statement is divided between the next two tweets.

The bill has a list of 8 “divisive concepts” that educators can’t promote. Most of them are no issue AT ALL pic.twitter.com/xsBEac1W89

But I was concerned with one passage, about teachers being banned from promoting certain emotional reactions from kids. My concern is that this is so broad that, in theory, a teacher could be reprimanded for encouraging students to be mortified by ideologies like white supremacy pic.twitter.com/0m8hYzhck3

I hoped that I was wrong, but instead my fears were confirmed.

Here is a sitting senator insisting teachers can only “provide instruction on the existence” of Nazism, but “we’ve gone too far when we take a position on” it pic.twitter.com/VJfKAuOFXX