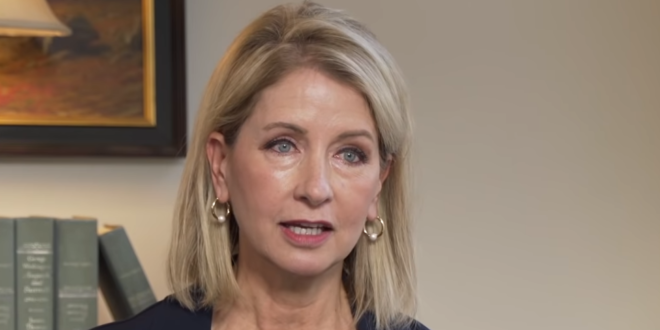 Miller was essentially left without a seat after the redistricting process — controlled completely by Democrats — divided her downstate district into two, leaving her with the choice of challenging Davis in the new 15th District or Rep. Mike Bost (R) in the new 12th Congressional District.

JUST IN: GOP Rep. Mary Miller announced that she plans to run for another House term, launching a bid in the state’s newly drawn 15th Congressional District and waging a primary challenge to fellow Republican incumbent Rep. Rodney Davis.https://t.co/WIu2vFo9MD

I am blessed to start out 2022 by receiving President Donald Trump’s endorsement for my re-election in IL-15.

I promise to always be a fighter for the America First Agenda.🇺🇸

This will be the year we take our country back.

The US Holocaust Museum has condemned newly-seated GOP Rep. Mary Miller for saying that Adolf Hitler was “right” about the value of influencing a nation’s youth. https://t.co/40LY1W8Iis

Here’s the full clip. Incoming Illinois Congresswoman Mary Miller didn’t slip or improvise when she quoted Hitler and praised how the murderous Nazi built his political movement by indoctrinating youth. She was reading from prepared remarks. pic.twitter.com/xWPi2u8wB3