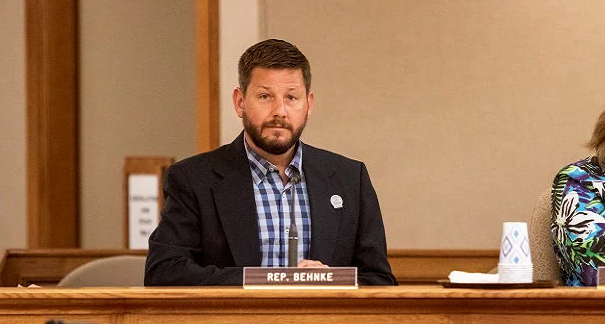 A newly minted Republican lawmaker told a group of visitors to his Capitol office that Republicans need to “cheat like the Democrats or bend the rules” to win upcoming elections, according to a hidden camera video posted online.

One of the visitors appears to be discreetly taking the video and it does not appear Behnke knows he’s on camera.

Rep. Elijah Behnke, R-Oconto, is shown on what appears to be a hidden camera posted to YouTube making incendiary comments. https://t.co/BABKfHT69L

Wisconsin State Rep. Elijah Behnke (R), in video that appears to be taken at the end of Thursday’s Assembly meeting, tells a group of visitors that in the upcoming elections, “I’m encouraging people … let’s cheat like Democrats do.” He also threatens to punch Gov. Tony Evers. pic.twitter.com/VoWAEh8hyA