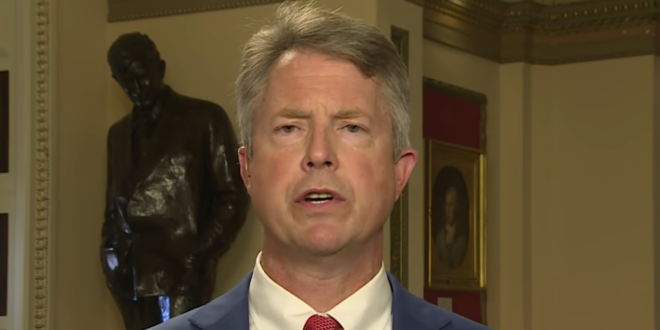 “As the highest-paid employee in the entire federal government, yes or no, would you be willing to submit to Congress and the public a financial disclosure that includes your past and current investments?” Marshall asked Fauci on Tuesday. “I don’t understand why you’re asking me that question,” Fauci responded. “My financial disclosure is public knowledge and has been so for the last 37 years or so, 35 years.”

The Center For Public Integrity reports:

I obtained the disclosure in 2020. Marshall’s staff – and anyone else who wants it – can get it by asking for it. Marshall even has the advantage of assistance from the roughly 200 executive branch offices that aim to help legislators get information they need.

“You’re so misinformed; it’s extraordinary,” Fauci said. He was later heard to call Marshall a “moron.” Marshall was 17 months late in filing some of his own stock disclosures.

Marshall last appeared on JMG in December 2021 when he refused to say that Biden won during an interview on Meet The Press.

Fauci says they just have to ask for it.