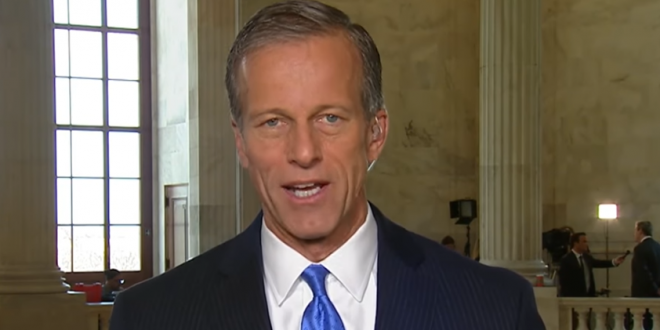 GOP Sen. John Thune To Seek Reelection After All

South Dakota Sen. John Thune, the No. 2 Republican in the Senate, announced Saturday he is running for re-election in 2022.

“I’ve always promised that I would do the work, even when it was hard, uncomfortable, or unpopular. That work continues, which is why after careful consideration and prayer, and with the support of my family, I’m asking South Dakotans for the opportunity to continue serving them in the U.S Senate,” he said in a statement.

The 61-year-old is currently serving his third term as a senator from South Dakota and is widely seen as the likely successor to the longest-serving Senate Republican leader in history, Mitch McConnell.

Read the full article. Thune was reportedly considering retirement after Trump publicly urged South Dakota Gov. Kristi Noem to challenge him. Thune’s crime was accepting the results of the Electoral College and declaring Biden to be the legitimate winner.

U.S. Sen. John Thune of South Dakota is seeking reelection to a fourth term in 2022. Thune, who turned 61 on Friday, is second-ranked in Senate Republican leadership. But he had considered retiring in recent months. https://t.co/uA7UMj7sUD