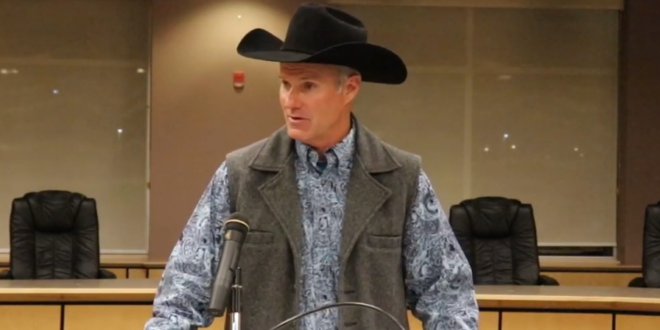 Frank Eathorne, who was revealed in a leak last year to be one of 191 Wyoming-based members of the far-right militia group, was in Washington for protests on Jan. 6. But Eathorne is no rank-and-file fringe crank. He is the sitting chairman of the Wyoming Republican Party.

That role has made him one of the more influential Republican officials in the country. Eathorne is presiding over what is perhaps the GOP’s highest-profile primary battle of the 2022 election: the MAGA-fueled campaign to unseat Rep. Liz Cheney (R-WY) for her unrelenting criticism of former President Donald Trump’s lies about the 2020 election.

Frank Eathorne’s aggressive efforts to keep the pressure on Liz Cheney are going to be complicated by his association with an extremist group facing grave charges. https://t.co/YVQIJh8Xzb