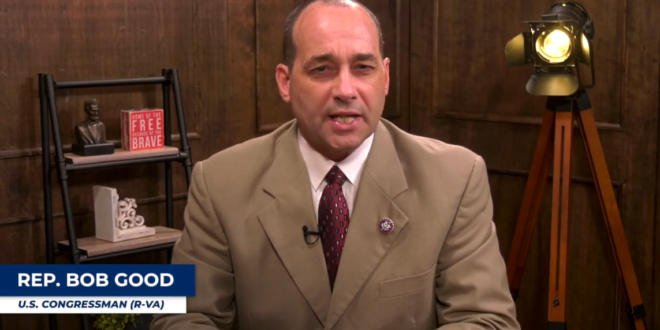 Conservative House lawmakers are urging their colleagues to boycott a storied, private Republican club near the Capitol to protest an indoor vaccine mandate imposed by D.C. Mayor Muriel Bowser (D), which is set to take effect this week.

Rep. Bob Good (R-Va.), a member of the far-right Freedom Caucus, stood up in a closed-door GOP Conference meeting Tuesday and told colleagues they should refuse to patronize the 70-year-old Capitol Hill Club, eliciting support from some conservatives in the room, sources in the meeting told The Hill.

The club stated on its website that starting Saturday it will begin requiring that members and guests show their COVID-19 vaccination cards before they can enter the facilities.

In 2020, Good defeated incumbent GOP Rep. Denver Riggleman in a primary campaign that centered around attacking Riggleman for having officiated the same-sex marriage of a former campaign volunteer.

Good is a loud proponent of Trump’s Big Lie, says the COVID pandemic is “phony,” and has appeared at a rally organized by a far-right militia group.

On January 6th, 2021 Good voted against certifying the result of the 2020 presidential election and later was among the 16 GOP House reps who voted against Congressional Gold Medals for Capitol Police officers.

Good last appeared on JMG when he voted against a bill on domestic violence because “everything that plagues our society can be attributed to a failure to follow God’s laws for morality and his rules for and definition of marriage and family.”