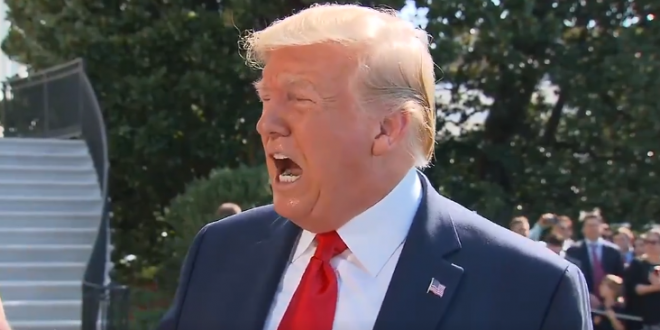 Senate Republicans are cringing at former President Donald Trump’s plans to speak on Jan. 6, openly fretting he’s trying to pull their party back into debating his false election claims. “I don’t think that’s a good idea,” said Sen. Shelley Moore Capito (R-W.Va.). “I guess it depends on what he’s going to say. But early assumptions are that it’s going to be an aggressive statement. I just don’t think it’s a good idea.”

Then there’s Sen. Joni Ernst (R-Iowa), who wants to “stay focused on congressional activities.” And Sen. Pat Toomey (R-Pa.), who voted to convict Trump over his role in the Jan. 6 attack, said the event isn’t a “terribly good idea,” but added, “What am I going to do about it?” And those were the members who decided to even talk about it. In interviews Tuesday, several declined to comment and instead said their attention is on moving forward.

Read the full article. They fear the murderous red hats.

“Cringing” and “fretting” is what the Respectable™️ wing of the Republican Party does these days.
https://t.co/8Ue2wmMjiu

“It will be interesting to see what he has to say”