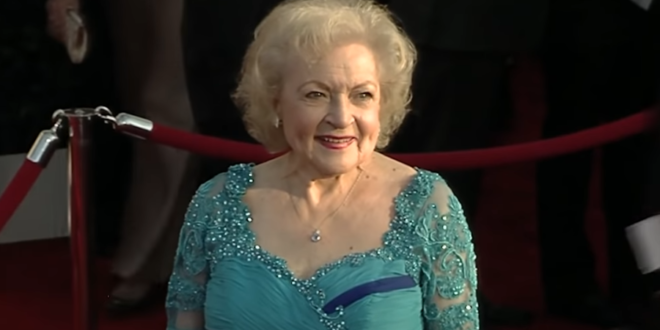 Betty White was a comedy icon who collected millions of fans the world over in a broadcast career that stretched well over half a century. Her legions of fans were gearing up to celebrate the beloved actress’ 100th birthday, which falls on Monday, when she died on Dec. 31. But that doesn’t mean we can’t still celebrate her wonderful life, and that’s just what Google is doing.

The tech giant has planted a loving tribute in the form of an Easter egg in its search engine to commemorate the birthday of the late Golden Girls actor. Simply type “Betty White” into the search box, and the results page will be sprinkled with rose petals, an homage to the character of Rose that she played on the TV show, along with the message “Thank you for being a friend,” the show’s theme song.

For several years, people in Mineral Point, Wis., have been buying beers for Betty White at a local pub and tallying them on a chalkboard, in the hope that one day she might stop by and drink them — though not all in one sitting. Sadly, White never made it to the Commerce Street Brewery Hotel for a pint; the beloved comic actress died at the age of 99 on Dec. 31. Today, Jan. 17, would have been her 100th birthday.

Even though she will not be able to enjoy her designated drinks at the pub, fans from near and far are continuing to buy beers in her honor — with all proceeds going toward animal charities, a cause that was close to her heart. White is somewhat of a local legend in Mineral Point — a town with a population of about 2,500 people — as her third and last husband, Allen Ludden, grew up there.