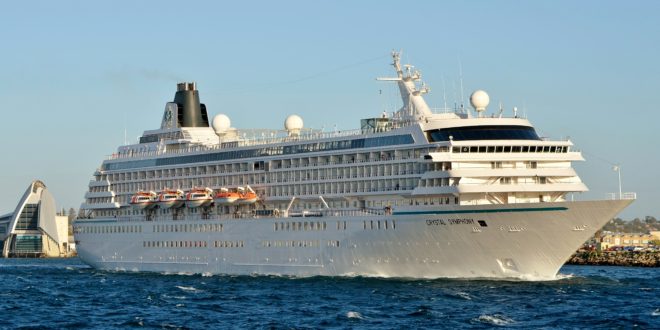 Over the weekend, the captain of the Miami-bound cruise ship Crystal Symphony told its passengers that they wouldn’t be ending their journey in Florida as planned. Instead, they would be making an impromptu detour to the Bahamas.

The Crystal Symphony was on the run from the law, sailing to a jurisdiction that wouldn’t enforce a U.S. arrest warrant issued by a U.S. judge.

On Thursday, U.S. District Court Judge Darrin Gayles in the Southern District of Florida ordered that the Crystal Symphony be seized upon its arrival in Miami due to unpaid fuel bills of $4.6 million. To escape the looming impoundment, the ship, carrying at least 300 people, changed course to Bimini in the Bahamas.

Some passengers were taken by ferry to Port Everglades in Fort Lauderdale on Sunday. A Crystal Cruise spokesperson said in a statement that the ferry ride had been “uncomfortable due to inclement weather.”

Elio Pace, a musician on the cruise ship, said he would “never want to live through” the ferry journey again. “It was the roughest two hours I have ever known on the ship,” he told NBC’s “TODAY” show.

Before the ferry ride, Pace said he had “never ever felt sick on a ship before,” likening the experience to “horror videos” online of ships “going from side to side” and looking as if they might “topple over.”

An arrest warrant has been issued for a Crystal Cruises ship that was supposed to arrive in Miami Saturday, but reportedly is a fugitive ship heading for the Bahamas Sunday. https://t.co/wBEfSzjYsA

A Crystal Cruises ship bound for Miami changed course yesterday and sailed towards the Bahamas after U.S. authorities issued an arrest warrant for the vessel due to unpaid fuel bills. https://t.co/1kojmU6IaJ