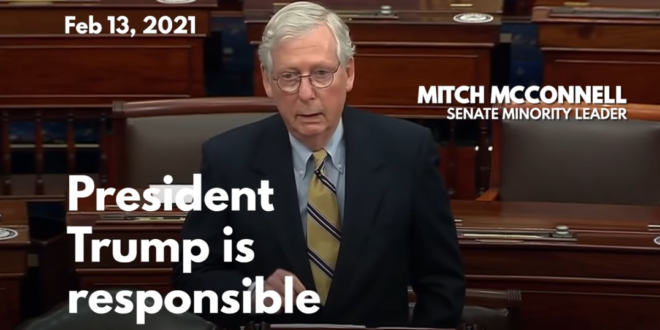 One year after the violent and deadly attack on the Capitol Building, somber reflection will be a programming staple for many news media outlets. Viewers of Fox News, however, will likely see the most damning criticism of that day because of a paid advertisement from the Republican Accountability Project.

Read the full article. The ad was created by Bill Kristol’s Republican Accountability Project. Will Trump be able resist attacking Fox for running it? I bet not. The ad made its first appearance appearance this morning in the opening hour of Fox & Friends.