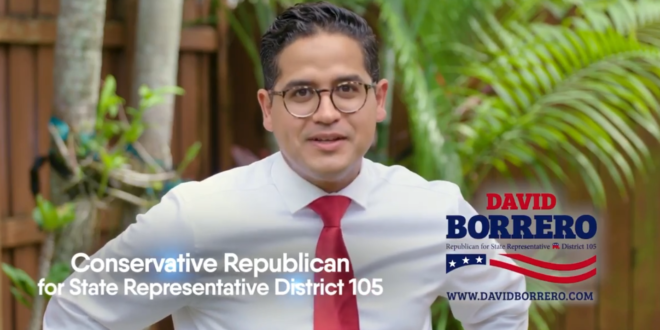 Students in Florida could soon observe a “Victims of Communism Day” under a measure OK’d Thursday by a House subcommittee. Under the proposal (HB 395), government and public schools would begin observing “Victims of Communism Day” on Nov. 7, 2023. The measure would require public school students to receive 45 minutes of instruction on communist leaders and the suffering of victims under their rule.

Mao Zedong and the Cultural Revolution, Joseph Stalin and the Soviet System, Fidel Castro and the Cuban Revolution, Vladimir Lenin and the Russian Revolution, are among the leaders and topics listed in the measure. The House Secondary Education and Career Development Subcommittee unanimously passed the proposal. Republican Rep. David Borrero of Sweetwater is the bill sponsor.

As you can see below, Borrero is a far-right cultist.

Rep. David Borrero reminds us of Matthew 20:26 & encourages us to stand up and be leaders for just causes like the unborn. #floridafpc pic.twitter.com/jiLTreC9Ae