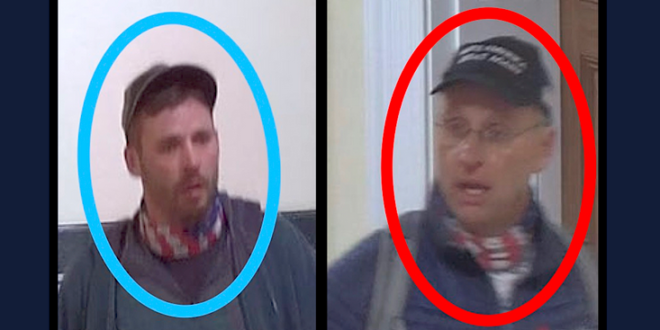 A father and son each pleaded guilty today to a felony charge related to the breach of the U.S. Capitol on Jan. 6, which disrupted a joint session of the U.S. Congress that was in the process of ascertaining and counting the electoral votes related to the presidential election.

Daryl Johnson, 51, of St. Ansgar, Iowa, and his son, Daniel Johnson, 29, of Austin, Minnesota, pleaded guilty in the District of Columbia to a charge of civil disorder. According to court documents, the Johnsons unlawfully entered the Capitol building at approximately 2:20 p.m. on Jan. 6, by climbing through a broken window next to the Senate Wing Door.

They remained in the building for approximately 26 minutes, making their way to the East Rotunda doors. There, they encountered a line of law enforcement officers who were attempting to keep rioters from entering the building.

Along with others, the Johnsons rushed the line of officers and helped push open the East Rotunda doors, allowing rioters outside to enter. Both posted on social media afterwards. Daniel Johnson messaged a friend on Snapchat on Jan. 6 that he was “one of the first ones inside.”

On Jan. 7, Daryl Johnson posted on Facebook that “if [we] can get 50+ year old men and women upset enough to spend thousands of $ to come to a rally what happens when those same people decide to throw out the ‘elected officials.’ It will be hangings on the front lawn of the capitol…”

“Bring it on Biden! I have no problem dying in a pool of empty shell casings.”

They’ve now pleaded to felonies for rushing officers and letting other rioters in. pic.twitter.com/RJw9j3YHn5

“I was one of the first ones inside… Was fucking wild… I was trying to find a way into the chamber… Trump 2020!!!”