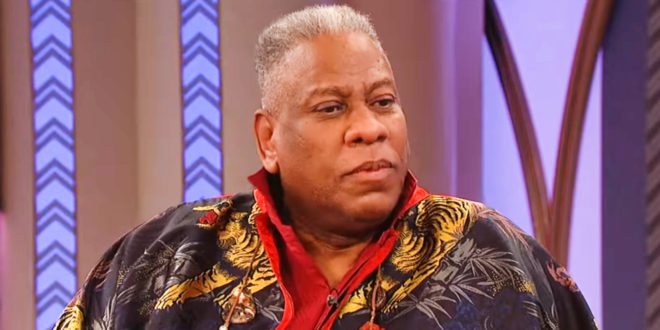 Talley began at Vogue in 1983, and in 1988 was named the fashion bible’s creative director, ultimately also serving as editor-at-large. Throughout his career, the 6-foot-6 fashion journalist, whose towering presence sitting front-row of fashion shows was as iconic as his flowing robes, advocated for diversity in the fashion industry, encouraging top designers to include more Black models in their shows as he helped shape Vogue at large.

Read the full article. His cause of death has not been officially disclosed at this writing but some outlets are reporting it was COVID.

Breaking News: André Leon Talley, the fashion editor who went from the Jim Crow South to the front rows of Paris couture, has died at 73. https://t.co/zHMtn2sS7p

Andrê Leon Talley, the former longtime creative director for Vogue and a fashion icon in his own right, has died at age 73, according to a statement on his official Instagram account https://t.co/BW4UORYzLK