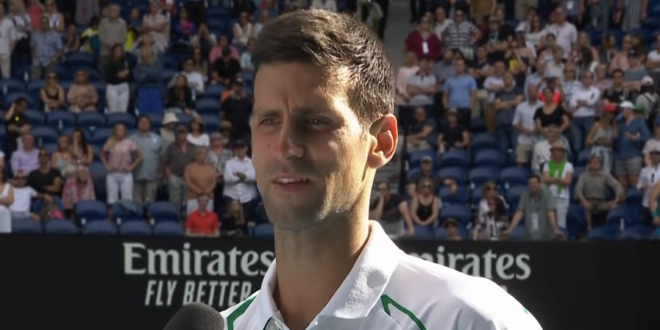 Djokovic In Detention Again Ahead Of Final Appeal

It was deja vu for Novak Djokovic on Saturday as the tennis star was detained for a second time by Australian authorities and placed back in the very same hotel he’d triumphantly left just this week.

The strange scene of the world’s top-ranked men’s player again being escorted into a hotel housing asylum seekers came on the eve of a court hearing to decide whether Djokovic will be deported or allowed to remain in the country to compete in the Australian Open.

A day earlier, Australia’s immigration minister had canceled Djokovic’s visa for the second time on the grounds that the unvaccinated tennis player’s presence might incite anti-vaccine sentiment Down Under.

A strange day in Melbourne that felt like the quiet before the storm, as journalists searched for a sight of #Djokovic and the tennis player prepped for the legal battle looming tomorrow
https://t.co/9I930V5wDn