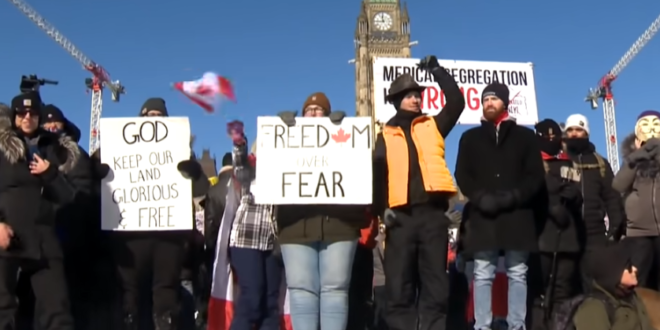 Police in Canada’s capital said Sunday they are investigating possible criminal charges after anti-vaccine protesters urinated on the National War Memorial, danced on the Tomb of the Unknown Soldier and used the statue of Canadian hero Terry Fox to display an anti-vaccine statement.

Some demonstrators parked on the grounds of the National War Memorial and others carried signs and flags with swastikas, sparking widespread condemnation.

Previous Trump: Pence “Could Have Overturned The Election”
Next Hogan: “Stakes Are Too High” For Another Trump Run