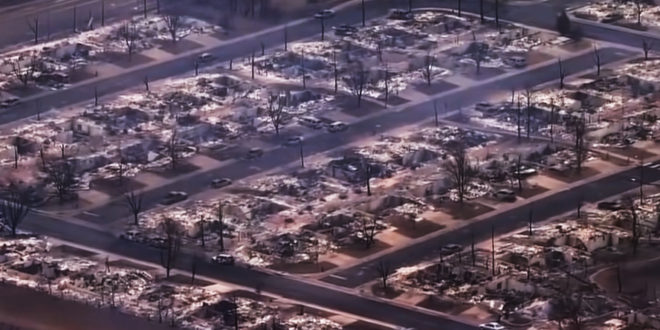 A Colorado official says nearly 1,000 homes were destroyed, hundreds more were damaged, and that three people are missing after a wildfire charred numerous neighborhoods in a suburban area at the base of the Rocky Mountains northwest of Denver.

The cause of the blaze was under investigation. Boulder County Sheriff Joe Pelle said utility officials found no downed power lines around where the fire broke out. He said authorities were pursuing a number of tips and had executed a search warrant at “one particular location.” He declined to give details.

The news came as an overnight dumping of snow and frigid temperatures Saturday compounded the misery of hundreds of Colorado residents who started off the new year trying to salvage what remains of their homes.