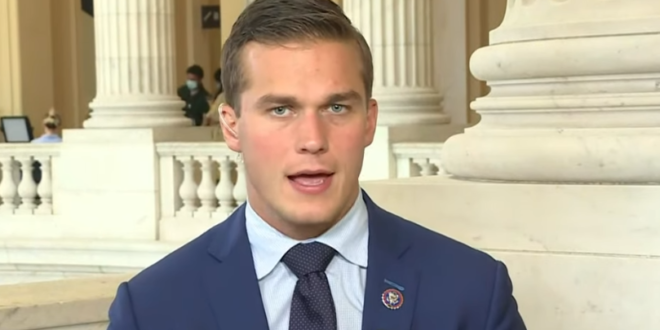 Cawthorn, the youngest current member of Congress, fiddled with his black pistol while one witness explained how university medical researchers could help the government examine how burn pits are harming military service members.

The Daily Beast asked Cawthorn’s office if the congressman thought this an appropriate time to clean his firearm. His communications director, Luke Ball, responded: “What could possibly be more patriotic than guns and veterans?”

Read the full article. It appears that Cawthorn attended the virtual hearing from his Capitol Hill office. Among those on the call was veterans advocate and former talk show host Jon Stewart.

“Oh wow. That is insane. Total disregard and disrespect to America’s war fighters. He was so bored with the topic. Those that are sick and dying and the widows in his district should see how much he cares about the issue.”https://t.co/C4A1iDOJeR