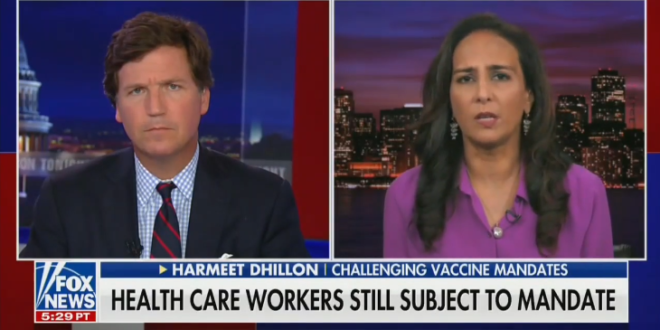 Tucker Carlson called Supreme Court Associate Justice Brett Kavanaugh a “cringing little liberal” after his vote to uphold President Joe Biden’s federal vaccine mandate for healthcare workers. Kavanaugh sided with Chief Justice John Roberts and the court’s liberal wing to uphold the order for all workers in medical facilities which accept Medicare or Medicaid payments. Carlson responded by taking a shot at Kavanaugh, who was nominated to the Supreme Court by former President Donald Trump in 2018.

His guest said that millions of healthcare workers would lose their jobs if they were not vaccinated “which is really unfortunate, given the massive shortage”

Previous Florida Cultist Claims Election Fraud In 59-Point Loss
Next In Surfaced Early 2021 Interview, McCarthy Said Trump Admitted To Him That He Bore Responsibility For Riot