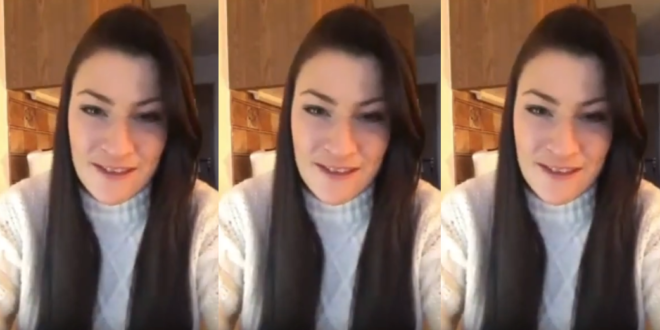 British Anti-Vax Leader Is Willing To Die For Her Cause

Smirking as she strolls towards the camera, Fiona Hine is cheered by a waiting gaggle of supporters. Among them, Piers Corbyn – brother of the former Labour leader, Jeremy – tells her “well done”, greeting her warmly with a pat on the back.

The 36-year-old’s achievement? She had just appeared in court and pleaded guilty to criminal damage at an anti-vax protest in London two days earlier after throwing a red paint balloon.

And now it can be revealed that the former events manager – an avowed anti-vaxxer and lockdown sceptic who has boasted she is willing to die in her fight for “freedom” – is behind a “mass non-compliance” demonstration being planned in the capital this month, indicating her previous encounters with law enforcement have not deterred her.

Hine collaborates with infamous anti-vax nutjob Kate Shemirani, who has appeared on JMG for her calls to execute doctors who advocate for the “satanic 5G” vaccine.

Exc: Anti-vaxxer behind ‘mass non-compliance’ protest boasts she is willing to die for her cause. As NHS battles Omicron, The Independent has delved into anti-vaxx movement undermining efforts. Recent figs show 9/10 Covid ICU patients had not had booster. https://t.co/tNs4ARjLDS