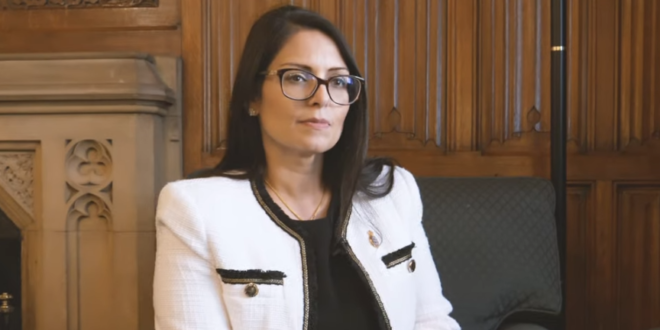 Any conviction that was imposed on someone purely due to consensual homosexual activity under now-abolished laws will be included in a scheme aimed at “righting the wrongs of the past”, the UK home secretary is set to announce.

Priti Patel [photo] said more people would have convictions for same-sex sexual activity wiped from their records, as she sought to expand the government’s disregards and pardons scheme from a narrow set of laws.

All those whose cautions and convictions are disregarded under the scheme will also receive an automatic pardon, and anyone who has died before the changes came into place – or up to 12 months afterwards – will be posthumously pardoned.

Past convictions for homosexual activity to be wiped from records, Patel to announce https://t.co/qtQfwmaKXD