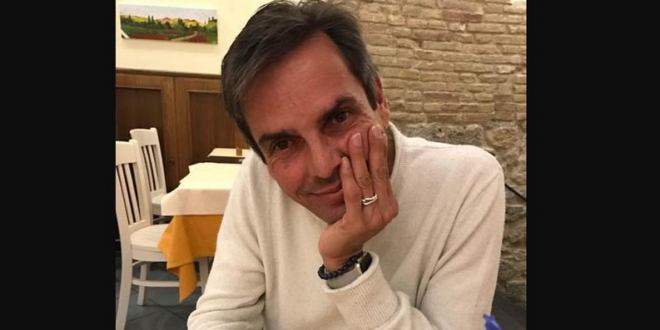 Jorge Diaz-Johnston, whose body was found Saturday in a Jackson County landfill, was a plaintiff in a historic lawsuit that ended with Miami-Dade becoming the first county in the state to legalize same-sex marriages.

Jorge was last seen Jan. 3 in the 2800 block of Remington Green Circle near his workplace, according to the Tallahassee Police Department, which issued a missing person alert Saturday morning. A family friend wrote on Facebook that morning that Jorge was missing and that he was last seen around 3 p.m.

He did not have his car with him, the friend said. His body was discovered later that afternoon in the landfill. The Jackson County Sheriff’s Office said at the time that investigators believed the body came from outside the county.

ABC News reported at the time that a South Florida circuit court judge sided with Diaz-Johnston and five couples suing the Miami-Dade County Clerk’s Office for refusing to issue marriage licenses to same-sex couples. Florida dropped its ban on same-sex marriage in 2015.

His husband wrote in a poignant Facebook post; “There are just no words for the loss of my beloved husband Jorge Isaias Diaz-Johnston. I can’t stop crying as I try and write this. But he meant so much to all of you as he did to me. So I am fighting through the tears to share with you our loss of him.”

Nadine Smith, executive director of Equality Florida and another plaintiff in the Miami-Dade lawsuit, said she was “heartbroken” to hear of Diaz-Johnston’s death.

“He and his husband Don were two of the brave plaintiffs who took on Florida’s anti-gay marriage ban and helped win marriage equality for all Floridians,” said Smith in a statement. “Our deepest condolences to Don and Jorge’s extended family.”

Tallahassee police detectives ask that anyone with information regarding the investigation, which is open and active, call the department at 850-891-4200. Tipsters can also remain anonymous by calling Crime Stoppers at 850-574-TIPS.

We are heartbroken to learn of the death of Jorge. He and his husband Don were two of the brave plaintiffs who took on Florida’s anti-gay marriage ban and helped win marriage equality for all Floridians. Our deepest condolences to Don and Jorge’s extended family. https://t.co/3keH43xpD9

I am profoundly appreciative of the outpouring of support shown to me, my brother-in-law Don, and my family after the loss of my brother, Jorge Diaz-Johnston. My brother was such a special gift to this world whose heart and legacy will continue to live on for generations to come

. I am also so very grateful to the Tallahassee Police Department- with the support of Mayor Daley and City Manager Reed- who have worked tirelessly to locate and investigate the circumstances surrounding my brother’s disappearance.