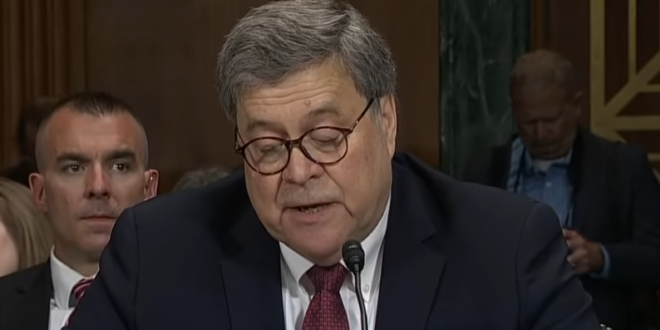 Former Attorney General William P. Barr has a memoir coming out March 8 titled “One Damn Thing After Another,” and billed by his publisher as a “vivid and forthright book” of his time serving two “drastically different” presidents, Donald Trump and George H.W. Bush.

One of his most controversial actions involved special counsel Robert Mueller’s investigation of ties between Russian officials and Trump’s presidential campaign in 2016.

Before the full report was made public, Barr framed the results in a manner favorable to Trump, even though Mueller pointedly said he couldn’t exonerate the president of obstruction of justice. But Barr parted with Trump a month after the 2020 election when he told The Associated Press that the DOJ had uncovered no evidence of widespread voter fraud.

Read the full article. Barr resigned several weeks before Biden took office. After the Capitol riot, he declared that Trump had “orchestrated a mob to pressure Congress.”

Former Attorney General William Barr has a memoir coming out March 8 about his service under two presidents. Barr was accused of undue loyalty to President Donald Trump, then broke from Trump after saying he found no widespread fraud in the 2020 election.https://t.co/abwZD82KLB

Previous Dozens Of Former Trump Officials Plot To Stop Him
Next Forecast: Up To 300K More COVID Deaths By Mid-March